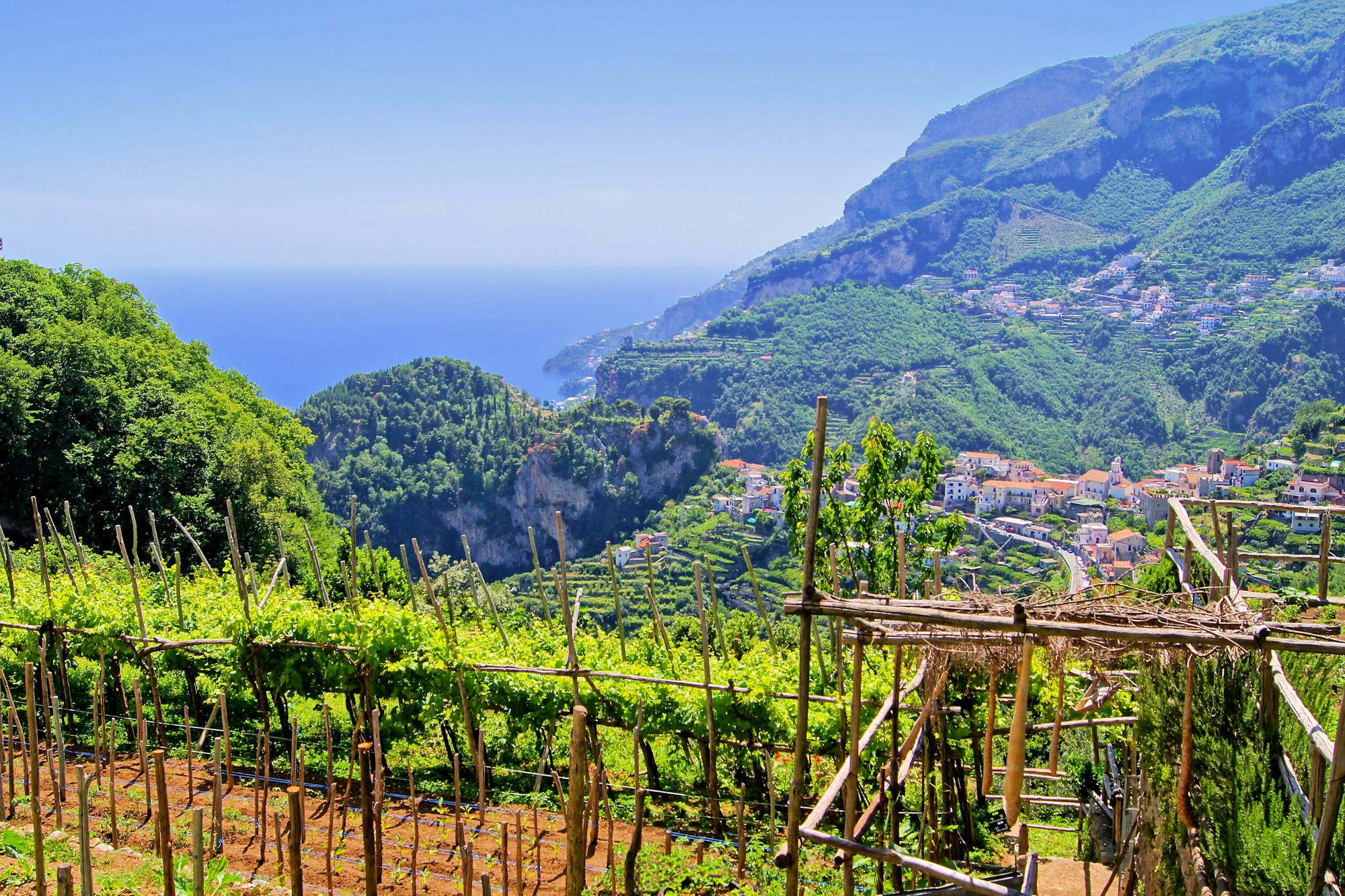 Campania is region which forms the "shin" of Italy's boot, and whose largest city is Naples. Its name comes from Campania felix, a Latin phrase roughly meaning "happy land".

The region has strong historical links to wine and vine, dating back to the 12th Century BC, and is one of Italy's very oldest wine regions. The considerable influence of ancient empires, including the Greeks, Romans and Byzantines, means some of this area's varieties have historical legends attached. The area is also famous for producing Falernum, one of the most ancient wines in Italy.

Campania, like many Italian regions, is home an impressive array of grape varieties, some of which are found almost nowhere else on earth. Its most important variety is arguably Aglianico, the grape behind the region's two most famous and respected red wines: Taurisi and Aglianico del Taburno. Aglianico was introduced to the area by the Greeks and later cultivated by the Romans.

Also vital to Campania's vineyards are the white-wine varieties Greco, which are championed by the region's most respected white wines, Fiano di Avellino and Greco di Tufo. Fiano has been used here for more than 2000 years. Its original name was Vitis apiana  but this has become shortened almost beyond recognition over the intervening centuries. Greco's name is a little more obvious, and indicates its Greek origins.

Another light-skinned grape of interest here is Falanghina, which forms the backbone of Falerno del Massico and Galluccio wines. The honeyed sweetness of Falanghina wines gained the variety praise from the ancient writer and philosopher Pliny the Elder, who is credited by some as being the creator of the phrase in vino veritas (there is truth in wine)